This was my first time doing Beachy Head marathon. It has always clashed in previous years either with Dusk til Dawn 50, or Autumn 100 which seem to be my go to races for October.

I was excited to experience what friends had told me was an amazing course and a great race. We certainly had the weather for it – cold and dry with some wind. I couldn’t have hoped for any better!

Me and Susie had driven down with our ever friendly over excitable Canuck Samantha Mills who had entertained us on our drive down with some crazy stories about her antics on and off the trails.

Soon we were parked up and beginning the never ending walk to the HQ for registration. We saw the tents in the distance.

As we walked up we bumped into Chris and Dawn Gardner – Dawn was on the phone trying to sort out her parking payment. Or she might have been swearing about something else. Hard to be sure 🙂

We also bumped into a few others, Marco who was going all out to thrash his previous PB on the course and seems to have spent the last few months thrashing himself to and from Belle Tout lighthouse. About half the runners I know were running today but with so many runners entered I knew it was almost entirely unlikely I would bump into many friends.

We were soon at registration to pick up our numbers.

Trying to work out which line we should be in, before settling on one before realising we were stood behind people who were just chatting.

DAMN IT! 🤣 Anyway we picked our numbers (How cute… 269 and 270 ♥️) and did our pre-race faffing including avoiding stabbing ourselves with safety pins while attaching numbers to our leg wear! 😂

The mission for the day

The plan for today was to keep things nice and easy and to get through it without injury. Mostly because I knew that I was still recovering from the canals over the summer and due to that I had not been able to put much into preparing for the hills in this race, plus I am desperate to get back to hard training to get any semblance of shorter distance pace back that I ever had. 😂

Lining up in the cold

It was pretty cold and I was glad that I had decided to go for the full wuss option of wearing a long sleeved merino top. After all, I probably wasn’t going to be moving fast enough to generate that much heat and it does get pretty windy on the top of the downs.

Soon we were lined up. I was looking around, I reckoned I was about 1/3rd of the way to the front but I was pretty surprised to see people with walking boots and dogs attached to them and walking sticks.

And we were off….

Well, the klaxon went, but no one moved. It took a few minutes to get over the line and as soon as we had started we had stopped once again. It was super busy! I’m used to running races with fewer than 100 competitors.

Soon I was on the first climb and walking up strongly. I was surprised at how slow everyone was walking. Soon I was able to get into a bit more of a stride and jogged as the profile became more gradual.

My plan for the race was to jog it easy. My legs have only just started feeling vaguely normal and I’m lacking some pace at the moment – a combination of too much cake, low mileage weeks since canalslam, and lingering fatigue.

Anyway, I was jogging around having a great time. Just smiling. Loving it. Saying hi to everyone I spotted and just generally enjoying myself. I saw Graham Pearson, Samantha Mills and various others in the first few miles.

As I was heading across the hill a dog attached to a runner turned around and scooted across my path almost taking me out. I figured that would have been a quick end to my race and I could instead have gone and eaten chips and gravy and had a mug of tea. Despite two further dog incidents I managed to stay on my feet! 😀

I was running easy. I would jog up the hills until my HR hit 145 and then powerhike. Beachy wasnt an A race for me so I was happy to treat it as a training run so that I can get into some hard training more quickly over the winter.

Just beautiful views both left and right. Just loved it. I was soon flying down a hill at high speed, usually not confident of my footing, everything was just working well today and I wasn’t my usual clumsy oafish self.

Soon I spotted a couple of plaited pig tails and realised that they were unmistakeably owned by Zoe Norman. We had a hug and for the next two or three miles a lovely chat about race plans. She is going to have a grand time at Wendover Woods 50 coming up in November. So excited! She has had a fabulous year of running.

More up and down. Through various aid stations which I didn’t pay much attention to (I was wearing my salomon vest with water and all of the snacks so I had everything I needed). After a couple of hours I grabbed a Longhaul endurance chicken and turmeric pouch which tasted as delicious as ever.

Whooooah we’re halfway there….. Whooooo oooooh living on a prayer…

Soon I was at the half way point running over the timing mat at 2:29:59 – which had me figuring that I should probably make it around 5 hours for the whole race – on track. I knew I was taking it easy so I shouldn’t have any real fade. After the half way pound I was rewarded with some lovely running. Just feeling great with a gentle downhill for a few miles. Just lovely turn off the brain and engage muscle memory! ♥️

Soon I was at Jevington, I grabbed a water so I could save the rest of my bottles for later, and marched up the hill that usually has a few horses in it. And then more downhill along a farmers field, a turn left through a wooded section and eventually up some steps. And some more steps. It was all chilled and nice and lovely. I turned around to see if a chap behind wanted to pass he said I was walking too fast for him anyway! 🤣

We soon came to another halt while waiting to climb over a small wall before heading down the hill towards the coast. Watch out for rabbit holes was the call of the marshall. Soon we hit a road crossing, waited there for a few minutes and then onto the final 7 miles or so. I knew the route well having recced some of it a few weeks earlier with Susie.

From here it was lovely and bumpy and I soon hit the seven sisters and the beautiful views over the sea. I would powerhike up the hills and run down the other side. I was still keeping my HR low and just enjoying it all.

Soon I could see the lighthouse in the distance and Birling Gap. I stopped to fill my bottles for the final section, grabbed a couple of chunks of mars bar and charged down the hill. I spotted Zoe Norman again in the near distance but I couldn’t quite catch up while running well inside myself, so I abandoned the idea of sharing the last few miles together.

I spotted a set of cheat sticks and the unmistakable figure of Spencer Millbery in front of me. I was stuffing a cheese butty. We had a bit of a chat and I told him to fuck off and get running to get sub 5. After a few minutes I caught back up and offered him a caffeine bullet which to my surprise he took 🤣🤣🤣 I also took one myself. They are quite a boost!

I was happy to be enjoying the hills and chilling out. Soon I was on the final leg up and past the pub at Beachy Head and then from there I knew from my recce a couple of weeks earlier that it was all downhill. I looked at my watch, I could see it was reading 4hours 53 and I wondered whether I might sneak under 5……

As I was heading down the final hill I heard a chap say, well, that’s 5 hours….. and I could hear the cheering and the cattle bells at the bottom of the hill.

I went down the steeper section of steps like bambi on ice before putting on a final sprint on the tarmac to just sneak over the line ahead of another chap in 5 hours 2 minutes 42 seconds. 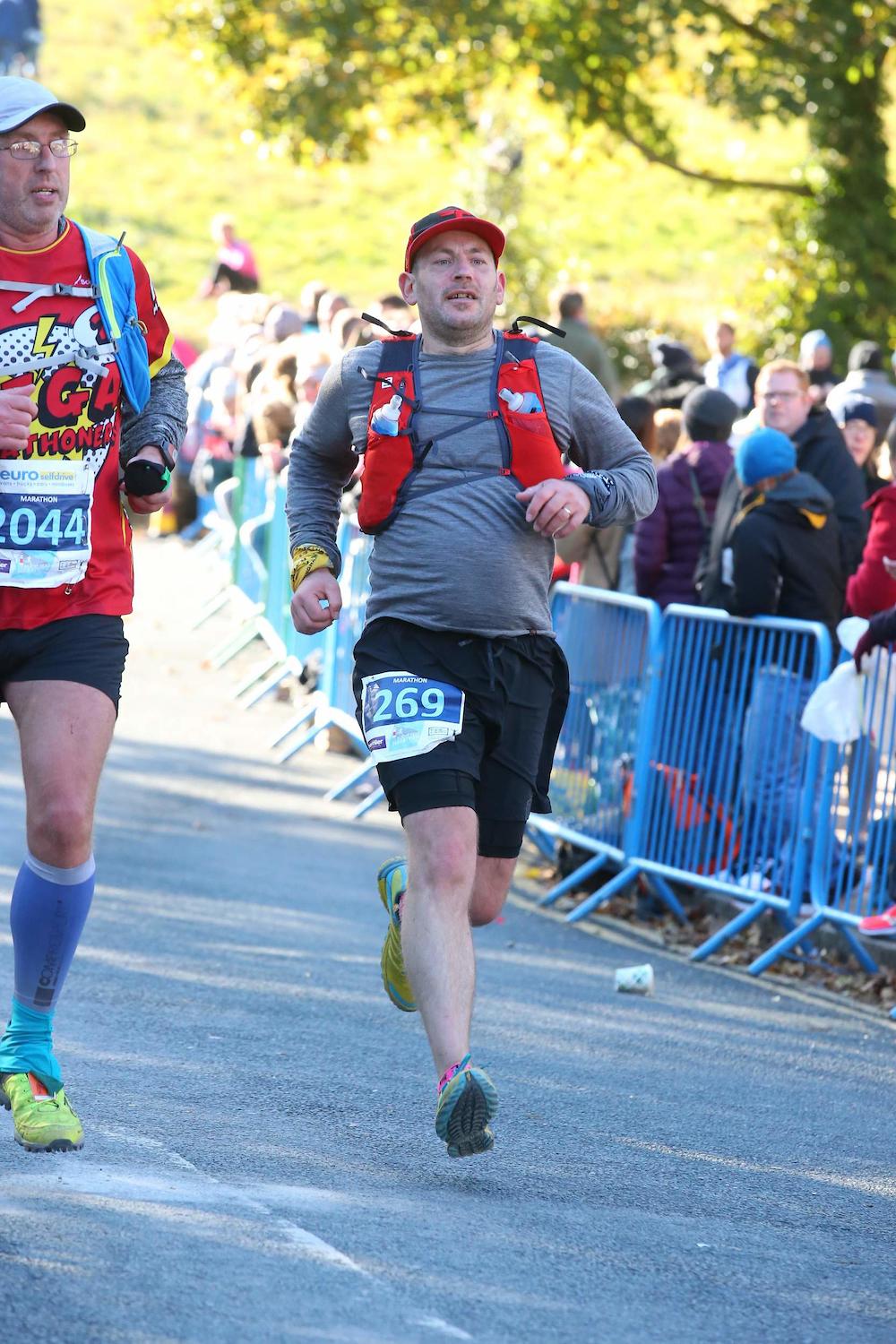 I’m happy with that especially as it was such a beautiful course!

I waited around the finish line, seeing Samantha Mills – one of my training buddies and friends – come in a few minutes later, and then my wife Susie come in just under 5 hours 50. So proud of her 🙂

I also discovered that a lovely friend of ours Zoe Norman came in sub 5 so she will find that a huge confidence boost before Wendover Woods 50 in November.

Some great racing during the day and too many great performances to mention but Tim Kimber and Marco both did great and both comfortably sub 4:50 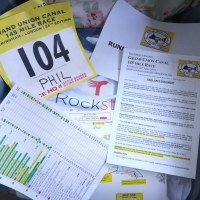 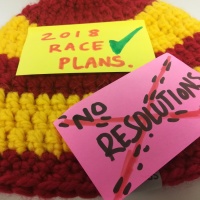