I was at a team building event one day and each of us we were asked to write down on a piece of paper what we would most like to do in our lives. I wrote “run everyday”. The aim was to find some way of getting suggestions from others about how to make our lives even better.

It got me thinking. I have a long commute by most peoples standards. It takes around an hour and forty minutes door to door. I couldn’t run to work. I hated running at lunchtime (not enough time and the idea of having to queue up for a shower was enough to put me off). I couldn’t run at home unless I wanted to do it in the dark. I drew up a list of all the times that I could not run. It because clear straightaway that any part of my commute was fair game.

Ok. So I couldn’t realistically run up and down the train carriage very day. But I realised that I could get off the train early at London bridge or Waterloo East and run to work between 3 and 4 mile each way. The bonus was that I could also save having to buy a travel card -several hundreds of pounds a year.

So. It turns out that I get around 6-7 miles running done everyday. So around 140 miles for a working month. Plus anything that I run at the weekend. Brilliant. It is great seeing the miles pile on to my monthly totals.

The best things about it are that I get to think about the day ahead and solve problems as I run. I also get extra credit at work for being a running nutter. I save money which is always good. I get to make my own way under my own Steam which is always better than taking the tube. The worst are that I have to dodge people constantly. I sometimes get poked with umbrellas and walking sticks and other runners NEVER say hello. Well there are two exceptions. Once when waiting at the traffic lights onto Westminster bridge a German runner asked me which way to run. She was in the city for a night and was getting some running done. I suggested to her that she run to tower bridge and then back along the north side of the river. I gave her a guided tour up till we reached London bridge when I pealed off for the station to get a train home. The second time was just before dusk till dawn when another runner got chatting with me. I mentioned I was doing that silly race and he asked my name so he could look out for me.

Because I save £60 a month it also means that I get to buy running kit more often. Obviously running 200 miles a month means that I need to get new shoes more regularly. Luckily I have found more mile Oslo perfect for £16. Quite minimalist but enough cushioning. Very comfortable and if they had different colours in my size then I would buy the whole rainbow. 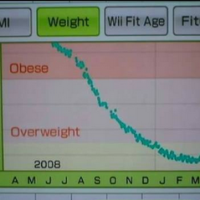 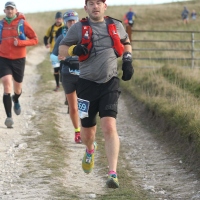