I love running and I particularly love running point to point. I love how it feels like the end of the world, and it is handy to know that in a post apocalyptic world I can run to find food or something. Well, I still want to be able to eat.

I set off with my friend Michael towards parkrun and we met up with his friend and jogged down to the start. There we met up with some other friends and had a chit chat. Quite a few people found it difficult to believe that we were running over 40 miles that day.

We ran parkrun in Maidstone with Megan (she has done an amazing 90 odd parkruns over the last 3 years), and finished in 32 minutes. After the scanning bit we grabbed a bacon roll and a coffee with friends in Dotty’s tea rooms at Kent Life. 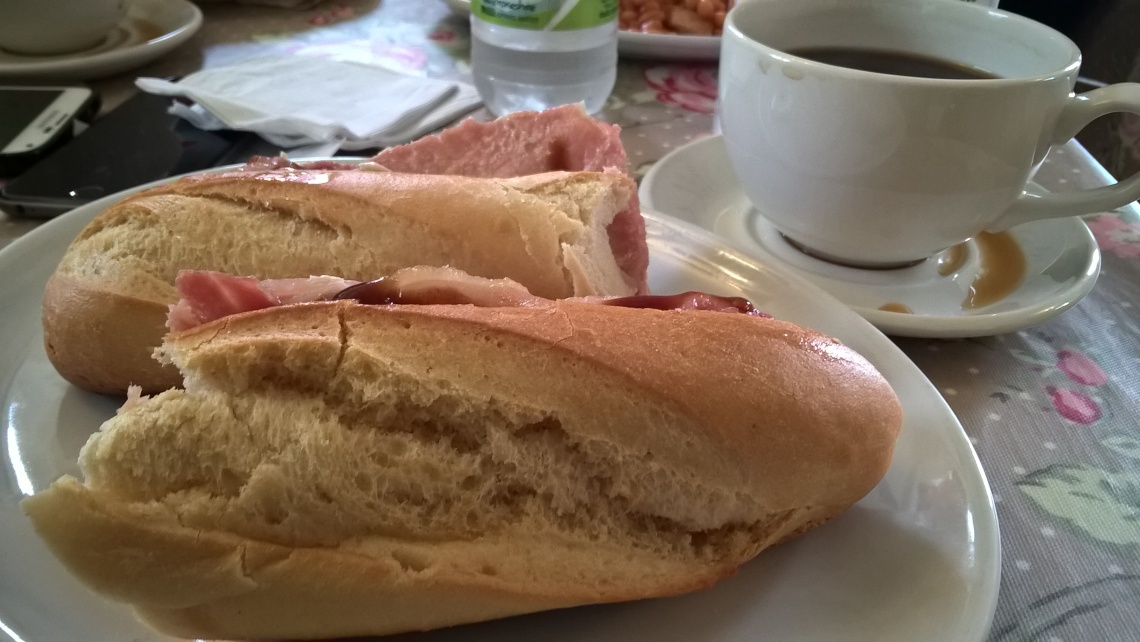 Ready and waiting to go, we headed off towards London. We planned to follow the A20 most of the way until we got to London, and then we would divert off to see Michael’s family.

The route was straightforward, and I studiously avoided looking at my watch ( I don’t like to know how far I have run until the end). My Achilles hurt quite a bit, particularly during the up hill sections. But a few painkillers helped.

Food eaten? Two croissants, a bacon roll, two coffees, a pint of beer, three Toffee Crisp bars, a packet of salt and vinegar crisps and a hot cross bun 🙂 Oh, and I stuffed a duck and hoisin sauce wrap at the end and half a pizza and two beers when I got home.

We ran past some cool locations and saw some amazing views. Stood at the top of Wrotham Hill was a particular highlight for me. We saw Brands Hatch too.At mile 26, we stopped for a beer and a packet of crisps just outside of Swanley, Kent.

Once done, we headed off again, in the cold (we had suffered sleet!) and we could see London ahead of us. Soon we reached the south circular road and headed off towards Michael’s parents. Cup of coffee later we knew we had only 5 miles to run before Greenwich and the end. According to the garmin, our pace quickened!

When we reached the Cutty Sark, I found I was 0.3 miles short…. so I ran two laps of the Cutty Sark 🙂 41 miles complete. And a great fun run. Michael is running GUCR in May, and I am crewing him so this is good practice 🙂

And of course, we are both running the UK Coast. We return to the coast (after having already done Kent last year), on 1 – 4 April for 200 miles from Hythe to Bournemouth to raise money for RNLI please give at http://www.justgiving.com/hythetoIOW. 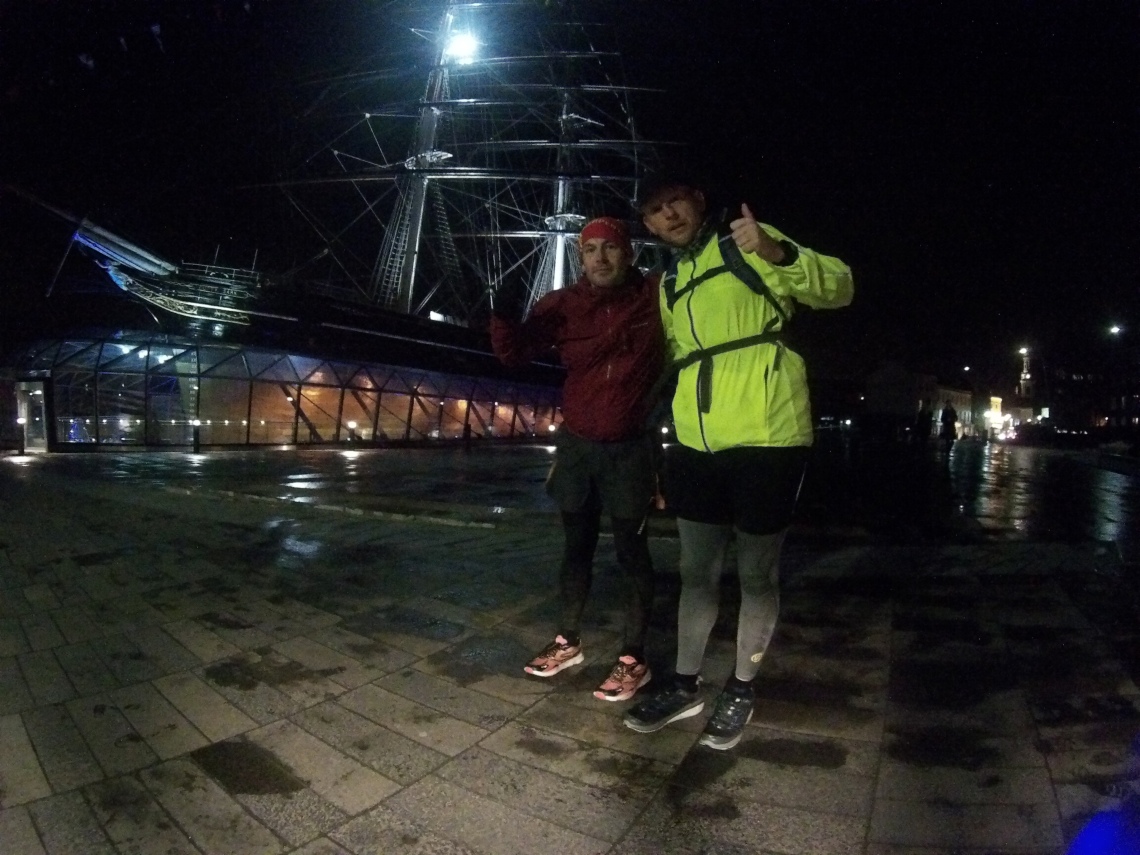