It was going to be tough. I knew some of the problems that I would have to deal with during the event. I have some insights from the over-night ultras that I have run, and of course, plenty of blogs from others who have done it (or not) before. I also analysed the data from last years race – and figured that the key for me would be to go out quite slowly and save some legs for later.

I had no idea what shoes to wear – and I was obsessing about it for days beforehand. My options were my trusty “mud pluggers – More Mile Cheviot 2” – but don’t have a rock plate, Road shoes – which are fairly minimal – Kalenji Ekiden 50 (which I have run up to 48 miles in – but might not work on the flint on the trail, or some trail shoes – Kalenji Discover Kapteran – which I had never worn before…. guess what I chose….! Yes… The £12.99 shoes I had never worn before.. That’s the final option!

At RaceHQ in the morning, I handed in all of my bags and then bumped into Lee Kelly – another challenger from our running club – Maidstone Harriers. We had a bit of a chit chat and then made our way to the race briefing. I bumped into Rachel Smith and Traviss Willcox. Both of them totally amazing runners. Understatement indeed! We had a brief chit chat before we headed in different directions.

The race started with a run around the field. The idea I think is to thin out the pack because the next bit is a walk along a narrow path for a little while. The start is quite low key, only a few people raced off – after all – there is 100 miles to go so a few seconds here and there don’t make much difference apart from for the elites at the front of the pack. And as I’m not an elite runner…… I took it pretty leisurely. Half way around the field I realised two things… first that I had forgot to charge my GPS watch and secondly that my headtorch was stuck in my shoulder blade. I stopped by the side, rearranged and then carried on.

My plan for the first bit was easy. Keep it slow. Simple huh? Except – with no GPS watch that was going to be pretty hard and I had to guess my pace by the time that I was arriving at checkpoints and planning ahead to the next checkpoint by distance, and the time that it should take so that I could try and keep it steady. I kept it steady – but I was probably a bit fast. In fact I ended up doing a 50 mile PB in 11:35! yikes!

The end! My epic Finishers Shirt

Lovely views on the South Downs

With Sarah – pacer for the last 16 miles

As I was coming into one of the checkpoint at the half way mark it was a lovely surprise to see some friends – Zoe Norman and Liam Gibson – who both ran with me on the first day of the Kent Coastal challenge earlier this year, and Rachel Smith – who is a seasoned ultrarunner herself – and a cheery soul to see at a checkpoint.

I had been suffering with a “washing machine stomach” – it felt really unsettled and I was trying to keep to more natural foods like fruit and nuts to try and calm things down. I felt sick during NDW50 and I was worried that I was going to suffer in the same way. Gels were already turning my stomach. Every time I came into an aid station, I surveyed the bounty on offer but could only pick. It was weighing on my mind that I was neither drinking enough, nor eating enough to finish the 100 miles. I was feeling bloated and I was finding it uncomfortable to run at some points. I need to get this sorted for future ultras. I’ve never suffered before.

I split the race down into chunks. For the first 54 miles I focused on each checkpoint and just getting there without pushing too hard. I also listened to some music along the way – a mixture of quite fast pop and dance stuff. In hindsight, it probably contributed to me going out too hard.

It was lovely seeing Michael White and Sarah Doughty at Washington Aid station (54 miles). They were my pacers for the next 46 miles – keeping me on the straight and narrow – making sure I was eating, drinking and not dawdling too much. It is the first time I’ve run with a pacer, so I was worried that I might get grumpy with them or be too moany. I think I pulled it off – both of them are still talking to me – despite me making Michael walk for most of the section between 71 and 84 miles.

I’m grateful to both of them for their support along the way. It also meant that I was able to mentally chunk up the last 46 miles. for the section between 54 and 84 miles, I mentally reset the odometer – telling myself I had only 30 miles to run. That helped alot. It was particularly nice when I got to 75 miles and my head told me that I only had 9 miles to run (or walk!). I had slowed down quite a bit during the night time section, I didn’t want to run because I was so bloated, and while Michael got me to run some of the sections (thanks for pushing me on), I generally just tried to keep up the pace (even managed to beat a couple of others into one of the aid stations). I was still not eating much, and I was really worried about my energy levels. Michael offered some cashew nuts – which I ate and loved (so I am definitely taking some of those for my next ultra), and at one of the aid stations there was some lovely traybake stuff. Loved that too. I was drinking lots of tea with two sugars at every aid station during the night – any way of getting a little extra energy into my body.

So, 84 miles in, we met up with Sarah. This was pacer switchover point for me. My original plan was to get there at around 2-2:30pm. Over the previous 30 miles, it was clear that I wasn’t going to make that, so Michael had sent messages to Sarah to put it off til 4:30 – 5pm. It was light by that point. I sat down for the first time at an aid station and rested my legs. I usually try and stay standing, but I had a blister problem to deal with (thanks Sarah for braving my stinking left foot), and a stone to remove from my right shoe. After a little break, hot cup of tea (and not much in the way of food again…) we set off. I used some sticks for the next section and found it helped alot. Using sticks transfers some of the weight from the legs – and sticks are definitely on my “to buy” list.

Only 16 miles left. If I was going to walk it would take a long time. I started to be conscious of the impending cut off times at aid stations, and even though Sarah said that I was ahead, I started to worry, and then worry turned to panic. My quads hurt badly. I had a huge blister on my left foot. After listening to my head telling me to stop and to quit, I had a quick turnaround in my mindset and somehow I managed to get a hurry on. I think I rather surprised Sarah. We ran for a couple of miles, and that made me feel a whole lot better. I had it in my mind that the next aid station at around 89/90 miles was going to close at 8:15 – and it turned out that all my information in my head was wrong… I had lots of time left.

When I reached Alfriston aid station (91.6 miles) I was still not much in the mood for food. It was in a little chapel. Lots of food on offer, but all I could stomach was a bit of fruit (which isn’t really that great in terms of energy) and a few jelly babies – mostly for the taste of them. Off we went again… managing to run some more, although not down hill because my blister was too painful. Just as well, because there was a lot of up on the next section. Sarah told me that there were two ups left. Grateful for having sticks to use. Some gruelling uphill sections, and the temperature was starting to rise. It felt much hotter than the previous day. Eventually we reached the trig point and all that was left was the descent into Eastbourne. We could see the finish line around the running track.

I struggled downhill for what seemed to be ages, legs hurt terribly and my foot was in agony due to the blister. Eventually we made it onto the final stretch…. tarmac – which in some ways was a treat, mix of running and walking, but mostly walking. There was no one behind me, and this close to the end, with around an hour to go, I knew I would make it. Eventually, we reached the track, I managed to break into a run, with cheering from the finish line, I managed to break into a “sprint” – in my head I felt like I was 7 minute miling…. but I reckon it was more like 14 minute miling in reality! Crossed the finish line. Photos. Medal. T-shirt. Job done.

One of the volunteers lead us into the sports centre, and presented me with what seemed like an unfathomable challenge …. bacon or sausage butty….. coffee or tea…. My brain couldn’t compute. So I left them to it. The only thing I was sure about was that I was DEFINITELY going to have brown sauce. Time for a selfie with Sarah – my awesome pacer for the last section, and a photo with my finisher T shirt. Wow…. I’d done it. Superb event. I really enjoyed it – and especially that I managed to run some bits of the final section. Brilliant volunteers as always with Centurion and a great welcome at the end. I said to Sarah – “If I ever say I am thinking of doing another 100 miler….. shoot me! Never again!!!!!! Lots of fun – but just tooooo painful. 50 milers are more my thing.

What I learned that is new to me….. 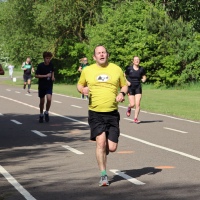 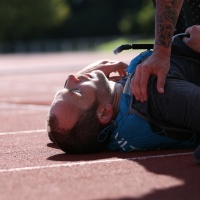 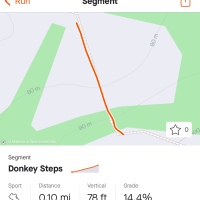